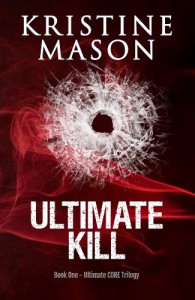 Ever since Jake's fiancée walked out on him five years ago he has been wondering what exactly went wrong.  He's feelings for her have not wavered and when he finally discovers where she went, he can't help confronting her and getting some closure.  Naomi has been in hiding since she was nineteen years old when a billionaire with very high connections and a psychotic bent became obsessed with her.  Naomi, formerly named Rose Wood, has lost her parents and brother to Christian, her murderous stalker.  Christian not only has limitless means to search for her but also a trio of henchman that include a sadistic right hand man, knife wielding Colombian, and cold hearted Russian.  When hired private investigator after hired private investigator fail to unearth her, Christian decides to bring his Rose to him.  Kidnapping two brothers, who aren’t fully aware of what they are doing, the Colombian and Russian take them on a cross country trip setting up bombs that can be remotely set to explode at anytime.  The locations all have the words rose and wood in some capacity in common; Naomi gets the message.  After Naomi informs Jake of why she left him, fearing for his safety, he in turn tells her about the elite investigating group he works for, C.O.R.E.  With the help of CORE's resources a plan is devised to turn Naomi over to Christian and get the evidence they need to show he is behind the domestic terrorist attacks while still keeping Naomi safe.

The beginning of this started off very slow, the first hundred pages or so could have been edited down to around forty so that the story could get to the point.  It was around the 42% mark that I felt it finally started to pick up and I became more invested.  This was the point where Naomi had told Jake everything and Christian had devised his plan, story arcs were being put in motion.  Half, if not more, of the book focuses on Christian and how narcissistic and demented he truly is, from how he treats his wife to the little tasks he has his right hand man complete.  There is also a focus on the two kidnapped brothers, with the "smart" brother getting many povs shown. I would classify this book as solidly thriller because of these focuses.

As Jake and Naomi's relationship started and developed in a past the reader doesn't get to see, their love connection isn't felt.  They reunite, are hot for each other, have trust issues, and then decide any past lies told are to be forgiven.  Jake is said to be a former Marine, tough, protective, and love Naomi, a very common thriller romance hero.  He, unfortunately, for being set up as a main character was one of the least interesting.  His thoughts, feelings, and actions revolve only around wanting the truth from Naomi, being hot for Naomi, and working to rescue Naomi; there is no real depth to him.  Naomi is a more flushed out character with her pain and fear described and shown very well but gets overwhelmed by the very circumstances that are put in to make you care for her.  Together, they were fairly mediocre and I never felt invested in their relationship.

There were a lot of characters highlighted in this story which did add a little something to the story at times but as it was to the detriment of what was supposed to be the main couple, I think they could have been edited out.  The terrorist bombings arc brought tension and a set pace but what was supposed to be the stars of the show lacked depth, which lead to disinterested reading at times.  If looking for more of a thriller read with a villain who is not shy about showing his monstrous side and a snippet of romantic relationship this could be a go to.