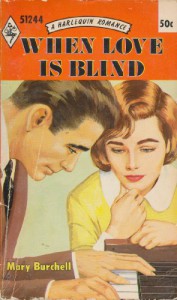 This was recommended to me by Minesha , thank you so much!

First off, I want to say, for being first published in 1967, the lack of sexist or racist remarks I girded my loins for, was amazingly absent. So, bravo!

But he's inclined to be mocking and a little sardonic about any display of feeling.

Moving on, if this hasn't been made into a Lifetime movie, I'm willing to bet it's been the inspiration for one or two. A very quick rundown, heroine is aspiring to be a professional concert pianist but hero fails her at her college final and says some soul shattering comments to her.

Hero is a master pianist who heroine loved going to listen to but starts to sort of stalk him after his comments continue to eat at her.

In a serendipitous way, she learns where he lives and while walking the road by his house, he almost hits her with his car and crashes. The crash makes him blind and he now needs a secretary with musical knowledge.

"Don't be quite so reverential," he protested amusedly. "I'm afraid you only know me in a somewhat chastened condition. When I'm under the nervous tension of a professional career I'm quite insufferable, according to many of my acquaintances. I'm afraid it's going to be a shock for anyone as good and civilized as you."

"What, for instance?" he enquired with teasing interest.

"I couldn't possibly tell you," she exclaimed agitatedly.

"As bad as that? You excite my wildest curiosity," he said, laughing. If ever I recover my sight, the first thing I shall do is dig into your interesting past.

Our heroine became a secretary after having her dreams crushed by him so she takes the job. They grow closer as she pushes back against his arrogant attitude (all that artistic passion, don't you know!) and tries to hide her identity as the girl who caused his accident. So the girl he blames for his accident is also the one bringing him back to life.

"Play!" he shouted at her once. "Play! You've got it in you to make music, haven't you? And all you do is push down the keys. You drive me crazy"

"You drive me crazy too!" She was surprised to find that she too was almost shouting. "I'm not the soloist. I'm just the useful hack pretending to be an orchestra. And stop shouting at me anyway!"

"No---I'm sorry too!" And then suddenly she laughed at the sheer absurdity of the scene and, as the tension relaxed, she impulsively put her hand over his.

The pov is all from the heroine and as usual I missed the hero's perspective but his thoughts and personality were still represented. He's a master at his craft and with that comes arrogance and an artist's temperament, I'm saying he can get a bit harsh and sassy. It never crossed a line for me and the heroine had a tendency to nip it in the butt.

The heroine's adoration was a bit hero worship (she's twenty and the hero is 36) but as she worked with him more, they began to develop more of a balanced relationship. Love is declared by the hero around the 50% but again, written in 1967, can't have too much more than some scandalous kissing without declaring yourself.

There was a neighbor lady (anyone else think it was alluded to that maybe she had taken care of her husband by nefarious methods and he didn't just skip town? I have a diabolical mind) who obviously wanted the hero, I think they had a previous relationship. The neighbor lady and heroine engaged in some truly inspired classy, subtle, not so subtle, cat fighting.

And frankly, because I can't help myself,

Nothing remotely like that happens in the book, but Dynasty, y'all.

She told herself this was the prerogative of anyone under great nerve-strain and remained unshakably calm and good-tempered, which earned her no more, however, than an irritable,

"Do you have to be so insufferably sweet and spineless?"

"No, not really. Were you spoiling for a fight?"

There was a moment of astonished silence. Then he laughed suddenly and asked, "Is that a smile that I hear in your voice?"

"Yes, of course. You're being rather funny, you know."

He drew a long, rather odd sigh of something like relief at that and simply said, "I'm glad you're here. You'll be backstage all the time tonight, won't you?"

I'm not sure how much of a spoiler this is, I did mention the Lifetime movie thing, but the hero has another accident that gives him his sight back. So our heroine decides to disappear forever so he doesn't learn that she is in fact the girl he has been loathing and searching for. With help from a main couple from a previous book in the series, they have their big climatic "But why?!" "I love you anyway!".

Again, for being written in 1967, this aged magnificently well. If you're looking for a change of pace that centers around music, talented arrogant hero, a heroine that feels like she is 20yrs (a mash of naive, sweetness, needing emotional growth, and obliviousness) then this would be an out of the box pick up. I liked their little interactions and how the heroine and hero communicated, even if their relationship felt a little rushed but at 192pgs, that is to be expected. I've never read a Mary Burchell before, but her writing style will have me on the lookout for more of her books from here on out.

Enjoy the weekend, everyone! 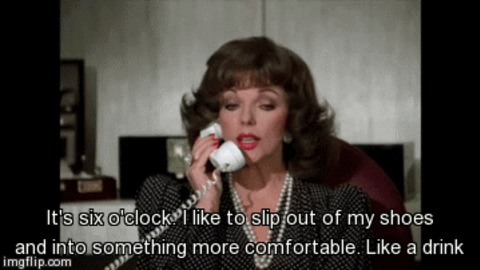