Hope a recipe entices you to try it :) 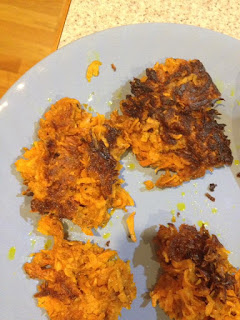 I think I added too much oil (used Canola) and it took me a slightly burned and not cooked enough one to get a good cook. They kind of didn't hold together very well for me either but I made these with pancakes and just let them fall apart and called them hashbrowns instead of cakes. C'est la vie! Since I was doing a brinner thing, I just drizzled them with some maple syrup but I can see a green goddess or hummus tasting really good.

Ease to Make:  Hardest part was grating the sweet potato and getting the little poops to stick together. Took only 10mins or so, super easy. 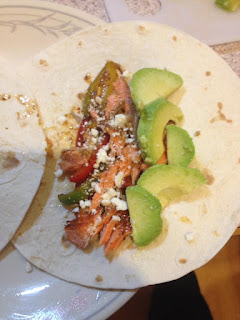 Even though it didn't call for it in the recipe, I took the visual from the picture and sliced up a lime and put the slices on top of the salmon and peppers on the sheet pan. It gave everything a great taste. I also didn't have cojita cheese and instead used feta, still good! These were a simple, clean, and great subtle taste meal. Next time, I'd serve a Corona on the side or a big margarita. Definitely will keep for a quick easy breezy summer meal.

Ease to Make:  Super easy, hardest part was cutting up the three peppers. Probably took around a half hour (cut up peppers during salmon defrosting). 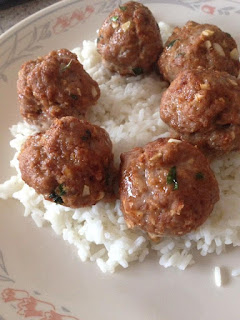 Probably can consider this my first Menu Monday fail, the taste was pretty bland. If I was going to make it again (spoiler alert: I won't be making this again) I would double the honey garlic sauce and use the other half to dip the meatballs in.

Ease to Make:  Very easy, just mixing and mashing up ingredients with turkey and baking them up. I think it took around a half hour. 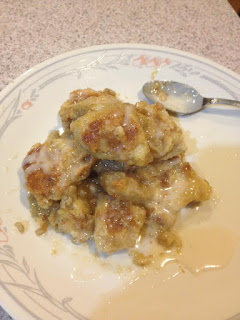 So disappointed in this one, I was looking forward to it all week! When I started making it and added the Tbs of nutmeg, I started to get rumblings of worry and then when the "splash" of rum took much more to get close to a thin icing, I knew I was in trouble. The bf liked it but the bread had way too much of a heavy taste because of all the nutmeg for me. I had to add enough rum (not my favorite alcohol) to the icing that the smell made it really off putting to me. I thought there would be a hint of rum and more of an eggnog taste. The disappoint was real, people.

Ease to Make:  Not hard to make but time consuming, I think around an hour or little more. I don't know, I'm bitter I didn't enjoy it so when I think back it took forever to make, lol. 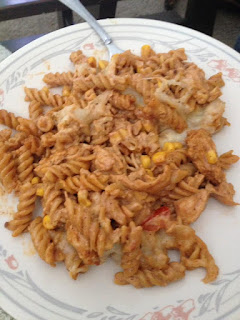 After my two failures, I had high expectations for this one and it sort of made it. I went with a sweet and tangy bbq sauce and I think that was a good choice, mixed well with the Monterrey jack cheese. This was good but I couldn't help feeling like something was missing. The bf crumbled ritz crackers on top and really liked that. I don't, if you could figure out a seasoning to mix in, it might make this go from ok to great.

Ease to Make:  Easy but time consuming, you have to cook the chicken and noodles before mixing it all together and then putting it back in the oven for 20mins. Other than that, shredded the chicken was the most labor. Around an hour and 15mins to make.

Try any good recipes this week?