Hot with some sneaky raw emotion 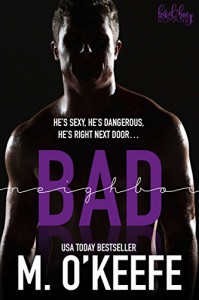 "Pretending is easier for you, isn’t it?” It stung, it stung deep and hard where a lot of my secret stuff lived. The things I didn’t like to acknowledge about myself. The things that kept my life so small. So small it felt like a jail. The fucking book tour. Simon. Jesse. Wanting more, taking less.

The first half of this gave me some strong Willing Victim by Cara McKenna vibes because of the awkward, shy, and doesn't quite have the confidence to know or address her sexual needs heroine and tough, man of few words, underground fighter hero. There is not quite as much kink, as the focus isn't on sexually finding yourself while falling in love but the heroine and hero had some hot moments.

Funny heroines who feel out of their depth with heroes who are living their best sexual life are a delight to read and I quite enjoyed how this hero read the heroine's signals and didn't let her wriggle out of what she wanted.

“I don’t do that kind of thing. On the regular.”

“No shit,” he laughed, but it wasn’t joyful. Or kind, really.

“Why…why are you being mean?”

“Because I am fucking mean. What did you expect?”

“Okay,” I said and stood up on shaky legs. “This was a mistake.”

“Running away?” he asked. “How am I not surprised?”

“You’re being awful. Am I supposed to just stay here and take it?”

“I’m sorry I’m a dick,” he whispered, his breath washing my lips, my face. Covering me in his scent. I swallowed back the words I’m sorry I’m so sensitive because I was tired of being that girl. The girl who made the people who hurt her feel better for having hurt her. I said instead, like I was in a movie: “Make it up to me.”

Stunned that in letting him know how badly he’d hurt me, I actually felt better. I felt stronger. I didn’t have to swallow down every pain every person visited upon me. I could hold my head up and let people know I was here. That my feelings mattered. That I mattered. I’d never done that before.

Also quite enjoyed how the heroine being awkward and shy didn't stop her from standing up for herself.

“I don’t want to stop fighting. I just…” These were things I never said. Never even thought.

“I get it,” she whispered. “You just want a little more for yourself.”

That was it. Exactly.

“It hurts sometimes,” she said, “trying to have more.”

The family drama with the heroine always taking care of her sister and the hero trying to pay off his father's debts with losing connection with his older brother added some serious emotional depth. These were two very deep characters with emotional baggage trying to fight and find their way in the world. The heroine worrying about her twin sister who was on the run from a dangerous guy, who in a very too contrived twist, turned out to be the hero's brother, and the hero hating the life he felt he had to live. This was sexy, deep, emotional, dark, and humorous, a good read that had me curious and searching out the sister and brother's story but moved a bit quick and had some very too coincidence moments.