Thank you for all your comments on last week's Menu Monday, BLs was being a poop and wouldn't let me comment back on the two days I tried.

And BLs is still being a poop. SIIIIGH. Second week in a row that a scheduled post didn't post. Hopefully this maintenance has taken care of it and it would be awesome to get notifications for comments. 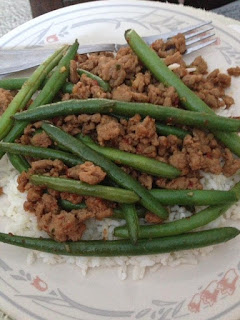 This one was so good, y'all. The seasoning/flavor was great, hoisin and chili garlic. I put it on top of white rice and it was a pretty easy quick meal that seemed fancy and was tasty. Probably a decent amount of salt though because of the soy sauce and hoisin but turkey meat to make you feel more healthy! Definitely a recipe I'm going to keep around. 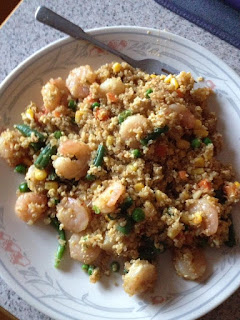 This one has all the markings of being one I really liked, but I didn't. The bf really enjoyed it but the taste just wasn't there for me. It suggested frozen vegetables and I'm wondering if that was what put me off, more sodium and all. I think it would work better as a side dish, it was supposed to be my appetizer pick for the week but it made a good amount so we just ate it as a meal. Sometimes less really is more, I guess. 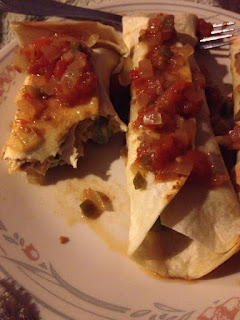 First off, yes, I did almost forget to take a picture of this one, lol. You can also probably guess by the name of the recipe, that you wouldn't need a recipe to make these. Super simple but oh so good. Chicken, avocado and some salsa on top for me.

Biscuits and Gravy with Sausage and Egg breakfast casserole 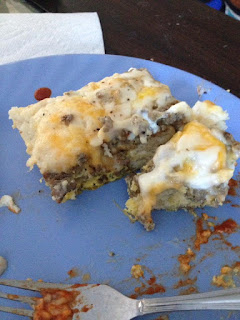 Why yes, I almost forgot to take a picture again. I LOVE this one. LOVE, LOVE, LOVE. It's my day after New Year's Eve brunch meal because it is so simple to make, again, I use turkey sausage, and is a hungover person's dream. If you love brinner (breakfast at dinner time) you'll love it too. I like to put some sriracha on top for a bit of a kick but yeah, you won't be disappointed in this one. Easy to make and a dream to eat. 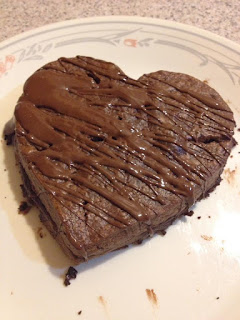 I really couldn't care less about Valentine's Day but I like to have themed dessert months so Feb is full of pink, red, and heart things. I think I didn't roll the dough thin enough and I'm more of a cake person, but the pie crust was a bit chalky. If I made these again, I would sprinkle the sugar on top like was suggested. The ganache was very rich but worked with the less so pie. These took a while to make and were a bit meh for me. Again though, I'm not a big pie crust person. Strangely, I thought these tasted better three days after I made them. Probably wouldn't make them again though, taste not worth the effort.

Any fun or romantic foods to show for the week?