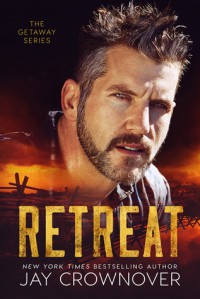 His look, the way his entire face tightened in hungry, appreciative lines made me feel like something more, made me feel like I deserved to be worshiped and maybe even loved. If that was how he looked at his girl, then I never wanted to be anything else.


Cyrus Warner had just as many control issues as I did, which was why we both liked to test the other’s limits and neither one of us liked to fail.


This was pretty different from the usual Crownover stories I have read and I not only applaud the author for trying something new but I really enjoyed it.

Mostly first person from heroine's pov, she's a bit cranky, has some trust issues, and been burned but I liked her tough cookie act up against our hero. Hero's a cool, straight-shooter, sexily self-assured, and wary of love cowboy who wears motorcycle boots. They played off each other well and had some hot scenes (who knew campground showers could be such a scorching sex setting).

Hero's brothers with heroine's bestfriend feature heavily, they're stars of the next books in the series and worked great to add and round out the story. There's some mystery/action/suspense that will keep the pages turning. I thought the last 1/3 or so of the ending was slowed things way down and there were even some sex scenes I started to skim, I felt like the story dragged on a bit too much and the action and danger our characters found themselves in got fantastical and instead of feeling sad/worried, it lost me.

Otherwise, this was a great something different and I'm definitely going to continue reading in the series.