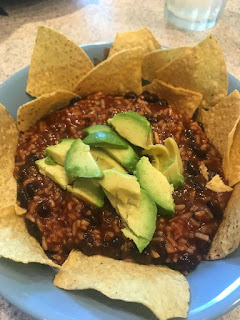 I halved the rice in half to make this more of a two person meal but since I like stronger tasting things, I left the rest of the amounts alone. This is why mine looks a little more soupy but I thought the spicy BBQ sauce I used made this taste like a vegetarian chili, super good. I highly recommend adding in the chips as I thought they added a lot. Very tasty and would definitely make again as very simple and not time consuming. 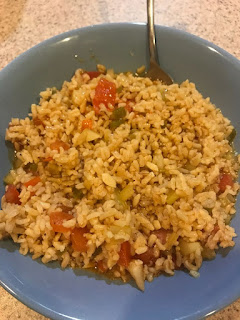 Good taste but cooking the brown rice takes around 40mins so a bit time consuming. As this was based on jambalaya, I thought shrimp or sausage would taste great in it, lol. As it was one of my no meat meals, though, still pretty tasty. 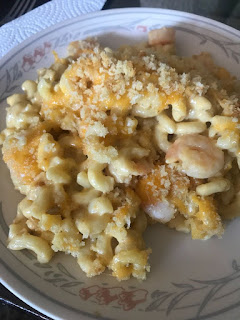 This took around an hour and half and I thought was a bit stressful. There are a lot of moving parts, three burners getting used on the stove top! and you're kind of in motion not having time to relax as you make it. The good thing was that it was worth it, the mac and cheese was very smooth (maybe I did a better job whisking the flour) and the shrimp nestled in with it chummily (I was going to create the word "yummily" here but chummily came up as spelling correction and I couldn't resist). I thought the Cajun seasoning could have been stronger and if I was going to make it again I would come close to doubling it. I don't know if I'll make it again because what makes it good is the copious amounts of butter and cheese in it, lol. I also drizzled some Sriracha on top, for say it with me, an extra kick. 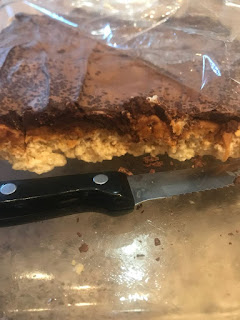 These were, obviously, so bleeping good. Doesn't take a crazy amount of time to make but unwrapping all those caramels was a sanity test (what am I doing with my life???). I actually would suggest cutting these up before the chocolate hardens because of how after, the chocolate cracks and kind of slides off the bar. Makes a ton and while I enjoyed eating all of them, too much and would halve recipe next time. 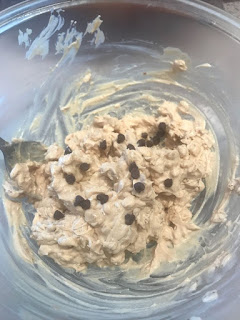 Still out here questing for some good overnight oat recipes. These was tastier than the last but didn't work for me as a breakfast, way too sweet and dessert like. A nighttime snack would be more ideal for me. I added chocolate chips because we all deserve chocolate. I only had mine soak for about two hours and that seemed sufficient enough. 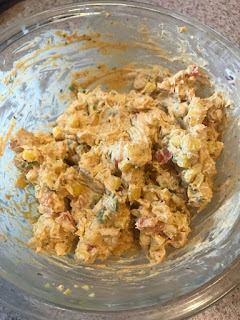 This made the perfect amount for me, about two days worth, and I loved the hell out of the taste. I used plain Ruffles chips and I ate until my stomach hurt, because I had no other option. I left out the olives in my portion and added them to the bf's, he actually said he thought the without tasted better but when I saw how much of the chopped olives he added, well, he may have went overboard overwhelming it. I also used the Spicy Ranch seasoning because, I WANTED SOME KICK. If your weakness is chips and dip like me, make this delicious dip.

What delicious concoctions did you all come up with this week?