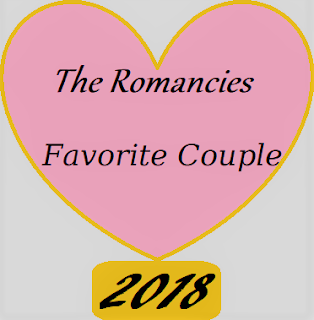 *The books eligible could be published in any year, they simply had to be read by me in 2018.
Clicking on book cover brings you to my review if I wrote one or Goodreads page if I didn't.

1.  Mary Frances and Ryder - Only in My Arms by Jo Goodman

"What are you doing here?" she demanded.
Ryder didn't miss that her tone was as icy as the water. "I didn't hear any splashing," he explained calmly. "I wanted to be sure you hadn't drowned."
Mary made a sound that was both derisive and impatient. "You couldn't be that lucky."
His pale gray eyes widened fractionally. "It didn't take you long to recover your sass."
She wasn't certain she heard him correctly. "What did you say?"
"I said you were sassy."
It was a word that had never been applied to Mary before. Tart. Blunt. Sarcastic. Those were descriptions she had heard. Sassy was girlish, a little flirty. It made her feel gauche, youthful in a way that she'd never been, even when she was young.

My favorite thing about romance couples is when of them sees the other for who they truly are, which is usually in a different light from others. This couple was such a delight with their back and forth, snark, humor, and sexiness. I read romances hoping for a couple like this.

2.  Charlotte and Lucas - A Rogue of Her Own by Grace Burrowes

“You are naughty.”
Fatigue made his features sharper, and his smile more piratical. “Not naughty, married. Come be married with me, Charlotte Sherbourne.”

At first glance, these two may seem opposites attract but their desires, fears, and wants are very similar once you see below their surfaces. This delved more into two people coming together after marriage and I very much enjoyed how they bonded.

He could not allow her to cry, not an Idess heart.

Rowena buys Wulf in a slave market, so yes, they have a combative relationship right from the start. The power dynamics and emotion the author was able to portray between these two was amazing and swept me up. Their relationship was slow burning and sparking at different turns and as most the story depended on them together, their chemistry did not disappoint.

4.  Dorothy and Richard - The Black Madonna by Stella Riley

Richard lay with his fingers twined in his wife’s hair and said, ‘Out of the thousand or so things I have to tell you, only one seems important.’
She smiled at him. ‘I know. And I love you too.’

Not the main couple of the story but they stole the show with their love, caring, and sharing relationship.

She jerked toward him, refusing to let him command her. “What did you mean by one day?”
“As in not now.” He flicked her forehead. “Cease letting your body dictate what you want. At your age, even a finger resting in your mouth seems exciting.” His tone hinted he was mildly amused. “You were riled by it, weren’t you?” He tsked. “Call on me in five years. In the meantime, do you need a towel for those moist thighs? Because I’d hate for you to slide off the bed and hit the floor.”

The restraint and coinciding slow burn weaved into this story, was/is EVERYTHING. These two sparked and burned on the pages, they pushed and pulled, and they gave and took. Theirs was the relationship I salivate to read in romance.

"I'm gonna tell you something right now, and I want you to remember it every time I'm angry with you, for as long as we're together."

"I wouldn't be this ripped up if I didn't love you. I don't waste my time feeling pissed or hurt or let down unless the person who managed to make me feel it actually matters to me."

A sequel, so we don't get their initial spark here but we do get a growing, aching, and solidifying of their bond. This couple could be considered unconventional but they do send out the hopeful message of someone out there for everyone.

7.  Regina and Daffin - Kiss Me at Christmas by Valerie Bowman

She needed to set this to rights. “When we met last summer, I felt we had a connection, and I think you did, too.”
He arched a brow. “That, my lady, is a dangerous statement, and I make a habit of not commenting on dangerous statements.”

A very cute and sweet couple. Regina really puts herself out there and Daffin can't help but be charmed and attracted to her. I always love a hero that falls helplessly and gets his walls crushed down.

How could he not admire a woman who understood camouflage?"

This couple was great in that Scott and Valerie meshed super well and it was understandable that such an accomplished guy like the hero would be a little rattled about how competent the heroine was and how her skills were more important in this situation. He gets rattled but he also found her hot because of this and I find him hot because of that.

9.  Emery and Wren - The Fixer by HelenKay Dimon

“You still scare me a little.” She didn’t know why she admitted that, but it was absolutely true. There was no mistaking his smile now.
“The feeling is mutual.”

I really liked Emery and how she meshed with Wren, they played off each other very well; they had this slow dry heat thing that really worked. Wren was kind of an unconventional hero in a often used hero mold (action heroish) and I included them because of this, again, the whole there is the right person to match up with you out there of it all.

“Aye?” His voice was thick.
Her cheeks flamed. “Oh, aye. I thought…I thought you were going to…take me,” she finished in a rush, flushing.
One dark brow arched in silent reply, then he nodded toward her body, in front of which he still knelt, her gown still bunched against her belly, one of her knees still hooked over his shoulder. “I consider you taken,” he said, his voice roughened like a knot in silk.

As usual with Kennedy's couples, Magdalena and Tadhg sparked, sizzled, and steamed up the pages. These two never lacked for passion and they swept me up in their chemistry. 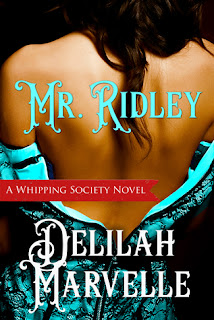 Jemdanee eyed it and him. He thought a woman choked by rope was…beautiful? His finger traced it, his voice fading. “I only point her out to those I trust.” Which hinted it meant something to him.

The build up to Mr. Ridley showing this hint of truth and vulnerability and cracking the door open to Jemdanee, should be material for a writing, building romantic genre relationships class. These two blew me away with their chemistry. I'm often a sucker for tall, dark, and dangerous getting knocked askew by light and open heart. At first glance, Mr. Ridley seems like he should dominate Jemdanee but she more than holds her own against him and in fact, teaches him a thing or two.

What couple was your favorite from the year?
Next time, Favorite Contemporary, Historical, and Favorite Book of 2018
The Romancies best of 2018