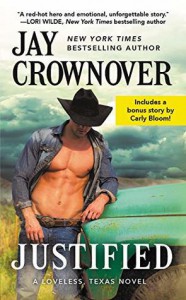 If there was anyone I didn't expect to lean on when my own house of cards went up in flames a few years later, it was the newly appointed sheriff of Loveless, Texas, Case Lawton.

When Aspen moved to the small town of Loveless, Texas, her pale skin and black clothes had kids calling her “weirdo girl”. The one bright spot was Case Lawton, a popular jock who Aspen had a big crush on and treated her with kindness.

Nine years later, Aspen is back in Loveless, married to the town rich boy and a lawyer trying to fight for women and children usually ignored by the system. She gets pressured by her father-in-law to represent Case's ex-wife in their divorce, any sweet high school memories are in danger of getting wiped away.

Case was the town golden boy who had circumstances work against him to finally be able to leave Loveless for good. His corrupt sheriff father was a nightmare to live with and as his boss, Case does all he can to limit any damage his father can do now. Even though its been nine years later, he still blames Aspen Barlow for helping to take away his son. When it looks like her life is in danger, as the new sheriff, he won't act like his father and let personal grudges dictate how he does his job, so he puts himself in charge of her safety.

From high school friends, to enemies, to forced proximity, Aspen and Case might finally end up where they belonged all along.

There were worse things in the world than being the focus of Case Lawton's concern. I just had to remind myself not to get used to it.

After all, he was only doing his job.

The first full length novel in the Loveless, Texas series, we are introduced and reacquainted with some characters from Crownover's other books. I wish I had read the starter novella to this series, as I felt like I was missing out on some introduction to this town and to the Lawton family. Case's sister Kody was a developed secondary character and we got some scenes that provided insight into their sibling relationship but I felt that lacking with Case's younger brother Crew, who was the star of the novella. The Lawton siblings seem to have a tight knit relationship but Crew remained in the shadows too much for me to fully feel this, helping to fill out insights to Case's character and personality. The trauma filled childhood these three seemed to have had, felt emotionally removed here; this could have been more addressed in the novella.

My hands tightened into fists in front of me, and I lifted my head so I could look at her in the mirror. Her dark eyes met mine with a mischievous gleam.

“What exactly are you doing, Counselor?”

She laughed, and the puff of air was warm against my shoulder. “I honestly have no idea, but it's the only thing that's felt right in a very long time. You said no kissing. This isn't kissing.” Her thumb traced the delineated lines on my lower abdomen, and her fingernails dragged through the thin trail of dark hair that arrowed below my belly button.

For the most part, I believed in the journey Aspen and Case went on from friends, to enemies, to hot and heavy for each other. I thought there was enough relayed to see why Aspen liked Case growing up, how Case placed blame on Aspen (I thought there were too many scenes of Aspen mentally playing martyr over being the ex-wife's lawyer), and these two had sexual chemistry. I can't say I totally bought into their “I love yous”, though. Whether it was missing some background foundation to their characters, not enough scenes hashing out, growing together, or depth, I thought they both got to love too quickly. Some of the sexual situations felt awkward, as they were immediate fade to black, leaving a feeling of “what happened now” and others were deliciously drawn out, bathroom scene, anyone?

As I mentioned, Crownover brings over some previous characters seen in her other series, Sons of Sorrow with Marine Shot and even Case is a character featured before. I enjoyed how she utilized these secondary characters, creating an “oooh I know him!” and helping out to fill and broaden this story. I do wish some were filled out more, the villain of this will make you gasp, but while there is shock, there wasn't as much weightiness to the reveal as there could have been. The villainy plot gets a bit convoluted in the whos and whys.

Overall, the story wasn't completely rounded out or had depth in some areas to my satisfaction but there's charisma to Crownover's writing and magnetism to Loveless and the residents she has created. I'm completely locked into wanting to see Case's younger sister Kody and her deceased fiance's brother, Texas Ranger Hill Gamble, fight to deny their chemistry in the next book.

One second, we were staring at each other as I held her like she was the most precious thing on the planet, the next my mouth was all over hers, and I was kissing her the way you kissed someone you loved and hated at the same time. A little sweet, a little mean, and with enough passion to make us both forget we had a long, twisted road paved with mistakes and memories running between us.