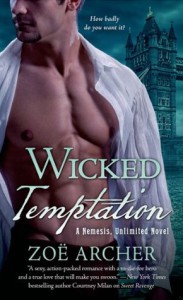 “I don’t.” She rubbed her arms and looked away. “It … I don’t like it when you’re violent.”
“Me, either.” He crossed the room to crouch down in front of her. “But if I ever had scruples against it, I wouldn’t be here now. Neither would you.”
“I know. I just wish … it didn’t have to be so … ugly.”
“You’ve seen what the world’s like now. It’s a damned ugly place.”
She finally turned her gaze to him. “Do we have to make it worse?”
“Survival doesn’t mean making things worse. It means we live to see another day.”
“I wonder if Les Grillons rationalizes it that way, too.”
He rose up from his crouch. “Do you want me to apologize for the things I’ve done? Because I won’t.”
She also stood. “Not even for cutting Devere’s face the way you did? As if you enjoyed it.”
“I didn’t enjoy it,” he said through clenched teeth. “I was interrogating him. He wouldn’t have given us the information we wanted without a little coercion.”
“It seemed more like torture than coercion,” she fired back.
He spread his hands wide. “The hell is this about? You want me to be something that I’m not. A stainless hero. But I’m not a goddamn hero, I’m doing a job few can stomach but which benefits many.”
His jab wounded her with its accuracy. Perhaps she did want him to be more than he was. Perhaps she asked too much of him—but she hated seeing him kill and care nothing about it. It had to hurt him, in a way he couldn’t realize or admit.