Jane Burke – A Scandal to Remember by Elizabeth Essex

Jane's first appearance to the reader and Dance our hero is one of a shy, bumbling, petite spinster but with a strong backbone. Jane's determination to be recognized for her talent and thirst to live and experience life will have many women hoping and cheering her on. Jane's shyness, awkwardness, but ability to snap her spine straight have made her a favorite of mine.

This heroine had a realness about her that made her endearing. Emily was an active and secure character in her own right, without the support of the hero, and with her abolitionist cause, she faintly reminded me of some Courtney Milan heroines.

Abigail was very likeable, she was a strong woman who wanted to lead her clan one day.  She could have been the coddled favorite daughter but stepped up when she was needed and goes toe-to-toe with the hero. She was admirable and strong without the TSTL and bratty components.

Melanie was a character that women married to military members are going to deeply connect with.  The fear, frustration, and loneliness she feels had me wanting to reach through the pages and hold her hand. It's obvious she loves Gale our hero but in the beginning her young age and sense of being overwhelmed lead her to, a bit, impulsively divorce him while now and what the story mostly focuses on, there are lingering feelings of anger and resentment for the lack of support she has felt through the years from Gale. This heroine was a wealth of emotions and growth.

Cassie – At the Stars by Elisabeth Staab

Cassie had a traumatic experience in her past and with the recent death of her mother, she was feeling a little lost.  What I liked a lot about her character was how real she felt, true to her age and experience.  The circumstances surrounding her mother's death were a little vague but I liked how the author focused on the continuous healing process she was going through instead of her mother's death and the actual traumatic event from her past.  While Cassie found herself liking Jake more and more, she still didn't lose sight of herself.  There is a great scene where Cassie kisses Jake, wants more while Jake backs off but instead of mooning over Jake's feelings at that moment, she focuses on how freeing and great it feels to want more with him; a great New Adult female character.

Addie is a character that will pull at your heartstrings, she is naturally a vivacious, saucy, and mischievous woman but after five years of being literally and figuratively beaten down by her husband, she had lost her core. As we the reader come into the picture after her husband has died and only learn of her abuse from Jack, the hero, recounting what he heard, we do not directly "see" her abuse. Her trauma is told not in harsh abusive scenes but rather emotionally devastating moments, tensing of the shoulders, unnatural quietness, gaze to the ground, and a withdrawing into herself whenever soldiers enter her space. Addie started off incredibly vulnerable and it was a treat to see her find herself and gain strength throughout the story. 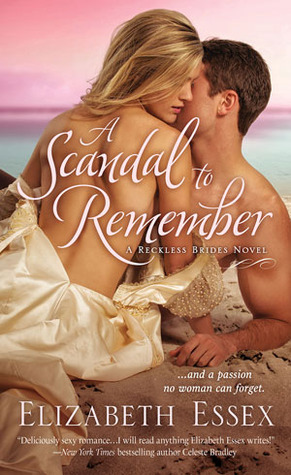 We have all been Jane, shy, awkward, wanting to melt into the floor. Her grit and gumption and not to mention funny inner thoughts, were a delight to read.

Whatever our heroine Charlotte gave Gabriel to handle, he did.He recognized the fear Charlotte had of him and deduced why, so he kept a tight leash on himself around Charlotte while simultaneously giving her enough of a nudge to bring her fighting spirit out and help her gain strength.  Gabriel's restraint, handling, urging, needling, and patience set the tone of the story. You will not find a truer prince charming or knight in shining armor than Gabriel, potty mouth and all.  Gabriel slayed Charlotte's demons and dragons in the gentlest, sexy, and most provoking ways.

Derek sacrificed his leg to save one of his teammates but maintains a sense of humor that keeps his security team laughing and human, even in the face of danger. He was gorgeous, tough, but also incredibly sweet. I don't know if there is a better combination out there than a man that can make you laugh and make you sweat.

Nicholas O’Shea – Luck Be A Lady by Meredith Duran

I read this book towards the end of the year, so Nick just made it in under the wire. Irish, wicked, rebel, strong hearted, and the King of the Underworld, Nick was the bad boy we all want but who in noway needs to be redeemed. He could be teasing and sexy but also vulnerable with the slight chip on his shoulder from growing up poor. He takes care of his people and when our heroine becomes one of his "people", he takes care of her too ;)

A hero with such tortured depths, his self-loathing and sarcasm create a dark and broody character that you will want to see unravel.

Lt. Charles Dance – A Scandal to Remember by Elizabeth Essex

Dance's calm, strength, leadership, and support for Jane will make you sigh wistfully. The man has a lot on his plate with making sure the ship runs smoothly and yet, he is always there and present with Jane when he needs to be. For the responsibility Dance takes on and how he gives Jane due respect, how he is weighed down with responsibility but still lighthearted, he earns his spot on this list.

Everyone needs an Avendale in their lives; the way he loves Rose our heroine will knock your socks off and swell your heart. He was stoic and against love but was a great friend. He had a wall of ice around his heart but our heroine begins to thaw it and what an emotional journey that was. Avendale was a dark and sexy prince charming.

He easily could have been left as the tough, untouchable, and muscle bound alpha but instead he was revealed to be multifaceted. He was, of course, strong strength wise but also gentle, kind, and vulnerable when it came to the heroine. He will steal quite a few hearts with his sexy exterior, tender interior, and the subtle way he built the heroine up. He was never pushy with her and in fact, the kind way he takes things slow for her will warm your heart, Killian managed to slowly get the heroine to work out with him and get her to learn self defense moves. In an unmeaningful way that means so much he'll say he wants her to know how to defend herself and then quietly positions her to gain those tools. It's not heavily focused on in the story and why I call it the hidden gem but when the heroine gets herself out of a dangerous situation and says to Killian "I fought because that is what you ingrained in me" it really hit home for me all he did for her.

Graydon Locke – Up to Me by Christi Barth

One of the most easy going and funny with his quick retorts hero I've ever read before, Gray was really a delight to read. He's a hero you hope to meet grocery shopping and will be extremely easy to fall a little bit in love with as you read about him.

The character of Joe did not disappoint, he oozed so much charm you'd gladly sacrifice your last breathe to drown in it. Joe's charming, sweet, and sexy ways will seduce the pants right off you and should not be missed.

Jack playing Addie's knight in shining armor by not stepping in front of her to slay the dragons but by handing her the sword, showing her she had the power while radiating strength behind her, made him the man you want all romance book heroes to be. Jack was aware of the reasons of Addie's withdrawals and it tore him up inside. He began to become protective of her but since he was hiding his soldiering background he was forced to leave his overtly strong presence behind and instead covertly use his stinging wit. His actions bring out Addie's protectiveness and Jack begins to show her that she might just have some hidden strength. A beautiful hero who made our heroine stronger.

You didn't really think I was going to leave him off this list did you? The hero..anti-hero...asshole from this story crosses over the line so many times I lost count

I just know I loved to hate James Bishop, asshole extraordinaire. I'm a Stuart addict and this story's asshole was so damn easy to hate/love. What can I say, he gave the heroine a guard dog. 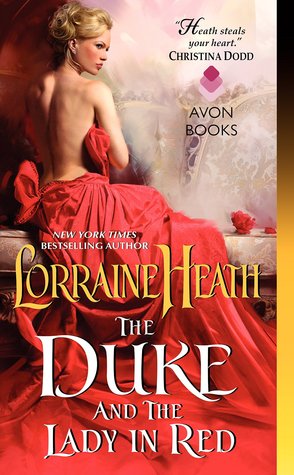 Who captured your heart this year?