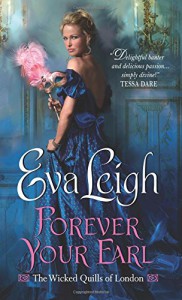 I feel like a curmudgeon but this had such a modern bent to it. The hero and heroine's views and conversations could have been ripped out of today's feminist issues and dialogues. From the heroine dressing as a man and seeing and feeling what power they are handed for simply being male, a man coming on to her and her friend and then basically saying they aren't worthy of him anyway when they deny him, to the hero leaving a note on man he had knocked out and the heroine had beat up a bit that read along the lines of I treat women horribly. I had to constantly fight to have the setting be historical, would have loved this as a contemporary.
There were at times, too, that the conversations were all a bit too clever and the plot and intricacies of the hero needing to keep the heroine and society occupied as he searched (sort of searched, let's be honest) for his friend. I'm going to give the next in the series a shot because I like the author's writing style.
It seems I'm at a crossroads of my older historicals being way too problematic at times and my newer historicals being too chock full of wonderful feminism. Is anyone else having this problem or is my psyche having a woman in her thirties (perfect age to be tired of the b.s. but still idealistic or indoctrinated to cling to old views/values) battle?