Story was there but not the characters 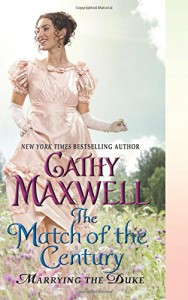 "What do you offer Elin, Ben? And don't play the poet and say something ridiculous like 'your heart'. She is an intelligent young woman. One I shall be glad to call daughter. You say she deserves more than what Gavin can give her. I say she is worthy of more than a man who pouts."

That ladies and gentleman is a mom burn and how on target she was. If you follow my updates you'll know the first 30% or so was an engaging jammed pack story of childhood loves separated, a long standing betrothal to the wrong brother, murder attempts, and a serendipitous meet-up. The story was there, the characters just turned out to be shallow, bland, and whiny little things. Our hero is the younger brother and if this was a contemporary, he would have been dressed in blacks and listening to emo music. He pouts and whines about how his older brother the heir has all the advantages in life and is so lucky. He doesn't bother to recognize the pressure and responsibilities the brother also has. So with a woe is me hero, I turned to the heroine. Her parents push her to accept her betrothal to the duke because they think it is her destiny. She kind of blindly goes along with it and after she gets over her anger at the hero due to a sort of misunderstanding and she declares she luvs him, she still doesn't bother to tell the duke she wants to break the betrothal. She lets him cater to her all the while thinking about the brother (who she told she would break it off with his brother immediately).

These characters were put into a tough position of being star crossed lovers but the execution of them falling in love (since there isn't any flashbacks to their childhood and growing to love one another, it really felt like this couple just were in "luv" all of a sudden) and finding a way to be together was done in a way that had me being extremely unsympathetic to them. The murder mystery was meh, with it being pretty obvious and obviously thrown in there for a suspense touch but it wasn't drawn out enough. The shafted duke brother felt like more of the hero of the story. The elements for a dramatic emotional story was there but the characters execution was not.

Because I liked the duke brother so much I looked to see if his story was next, it's not, his missing twin brother is the next star. I read the excerpt and the duke has a love at first sight moment with the heroine...who is obviously going to be paired with the hero of the story, the twin. So again, the duke thinks he loves (he was attracted to and found himself fantasizing about the heroine in this book) someone, only to have them go to his brother. I don't think I'll be continuing with this series, not my cup of hot chocolate.