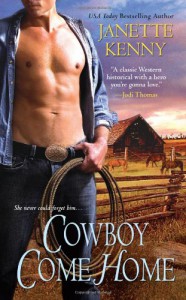 Trey has been on his own most of his life and after a falling out with his foster brothers, he's become even more closed off. When the pampered daughter of the rich rancher he works for, takes a liking to him, he knows he should stay away but he feels something for her too.
Daisy knew falling for one of her father's loner ranch hands would be a bad idea but Trey drew her to him like no other. When someone with a vendetta finds out about them, it starts off a chain of misunderstandings, hurt, and angry that Trey and Daisy have to fight themselves out of. Texas life isn't for everyone but if Trey and Daisy can find their way back to each other, they just might be able to make a go of it.

Trey March had been the forbidden fruit. The man who was more exciting, more dangerous, more man than the one she'd been engaged to marry.

This is third in the Lost Sons series and if you haven't read the other two books, like me, it will become immediately clear that this is not a standalone. I checked twice to make sure I hadn't missed or skipped over a prologue as I felt jarringly thrust into Trey and Daisy's aftermath of relationship, a relationship we never see at this point. Later on we are told they were drawn to one another and meet secretly in a barn but that's it, no flashbacks to their first attraction and growing of relationship. What we do get to see is Trey thinking Daisy's father was a villain and blaming Daisy by association and Daisy being hurt by what she thought was Trey's voluntary absence. I feel like a broken record but where was the romance? I want to see my leads falling in love, which was absent here. In fact, I never felt any chemistry between the leads. Even when their misunderstandings get figured out, all we get is Daisy still saying she’s drawn to Trey and Trey not thinking he loves Daisy because he doesn’t know what that emotion feels like. It’s not until the very, very end, after spending a week alone, that he begins to think he could love Daisy.

He'd come a long way in miles, but no closer to finding any kind of peace.

The series seems to be about three men who meet each other at an orphanage, are sent west by train, and end up being adopted by the same man. While our hero Trey talks fondly of his brothers, they seem to have had some falling out that isn't described too clear here but if you had read the previous books, would understand. Daisy our heroine ends up being connected to that storyline also, which was a bit of an over coincidence. Towards the end, the heroes and heroines from the previous books make appearances and the storyline of the brothers' discontent with each other is resolved, continuing readers of the series will appreciate this.

Cowboy Come Home was originally published in 2011 and is being reissued; I wish they had re-edited it too. There were some choppy scenes but what really stagnated my reading was the numerous repeated scenes. The characters would repeat and rehash statements and facts that had already been told to the reader, it got very bogged down in repetitiveness.

If you've read the first two in the series then you'd probably enjoy this third one and how it wraps up the brothers' story. If you're new, I wouldn't suggest starting here. There was a lack of romance between the leads and the villain storyline got convoluted with minor characters trying on the role and our leads being dragged around on some pointless excursions.