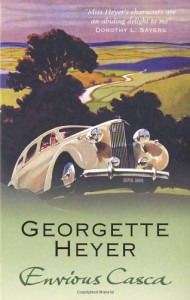 "Damn it, he was in here with the door locked!" Stephen said. "He can't have been stabbed!" 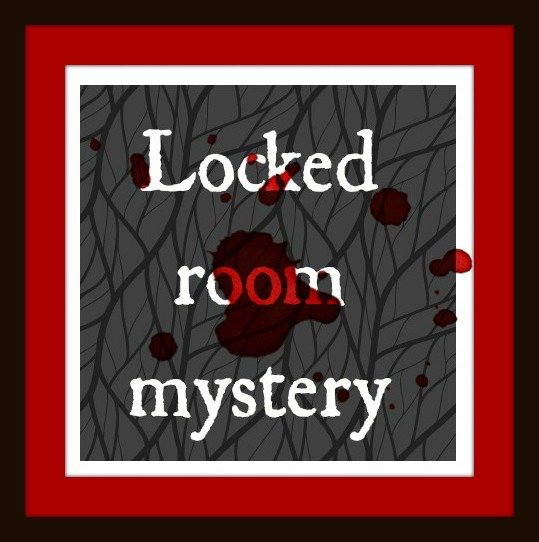 I think Heyer wrote a story about people she hated in real life, relished and had a hell of a time making them (an exaggerated version) vapid, insipid, and whiney; but oh so highly quotable. This is second in the Inspector Hemingway series and god love the man for the testimonies and evidence he has to shift through to discover the killer. As a locked door mystery, it's pretty good. The cast of characters is varied but small enough to keep track of and most work as plausible red herrings, I was wrong with my first guess as to who the villain was. The first half is mostly setting the scene with introductions and glimpses into characters' personalities and hints to possible murder motivations as they arrive to the house party. The second half is where the murder occurs and the whodunit gets going. It's a bit slow going as first the sergeant and then Inspector Hemingway arriving on the scene talk to everyone but then the clues start rolling in and the story starts to make headway. How the murder occurs was a little goofy but I would classify this as a cozy mystery with some romance inspirations sprinkled in, so it's all in good fun.

The following quote is a bit of a spoiler and my little comment after it, you'd know who ends up pairing up and probably figure out two characters who aren't the killer. Beware! You can pick back up at the Bonus :)

Lest you forget this is a Heyer and those romance inspirations I was talking about,

He pulled her rather roughly into his arms. "O God, Mathilda, do keep me in order!" he said, in a suddenly thickened voice. "I need you! I need you damnably!"

She found that her own voice was unsteady. "I know. You are such a fool, Stephen:  such a dear impossible fool!"

She took his face between her hands, looking up at him a little mistily. "I like savage creatures. Bull-terriers and Stephen Herriard."

Hey, you leave bull-terriers out of this! I had a contentious relationship with Stephen but he, somewhat, redeemed himself in the end. But seriously, bless her heart and all the Mathildas in the world who take these men on.

Heyer provides us with your next time you want to leave work early excuse. If someone accidentally brushes up against you:

Nathaniel at once became a cripple. He said:  "My lumbago! Damn you, don't do that!" and tottered to a chair, one hand to the small of his back and his manly form bent with suffering.