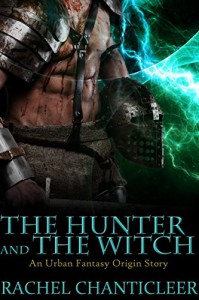 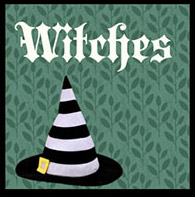 The vision she'd seen in the waters of her scrying bowl under the glow of tonight's moon showed her yet another witch with the potential to become more powerful than herself. Helena couldn't ignore it. She had to act.

This was a Kindle Freebie I had downloaded a while ago, so I didn't do too much investigating beyond the title to make sure it matched the square. It is more of an introduction and set-up to the series. We are introduced to Lucius, a gladiator/Roman slave and Helena, a witch. Helena forces Lucius into a pact that saves his life but binds him to her for eternity as her assassin. It seems Helena needs to kill up and coming witches for their power. This part isn't explained too much with the ins and outs of it all.

We then fast forward to present time and meet Bethany as Lucius is in the middle of trying causing a car accident to kill her. She has no idea she is a witch but manages to blast him with her power. This shocks her and, I don't know, impresses/turns on Lucius and he leaves her alive.

Fast forward four years and we catch back up with Helena as she questions and demands Lucius find Bethany to kill her. He claims he still can't find her but Helena knows what's up and has him followed as he goes to warn Bethany.

Some green blasting fighting with witch on witch violence and suddenly Bethany and Lucius are our new power duo.

The writing was pretty good but the magic, witch, and paranormal side was underdeveloped; Bethany accepted being a witch much quicker than I would have.

As an introduction to a series, I'm a little intrigued. Hopefully, with more pages the author will have the room to develop the story and flesh out the characters more.