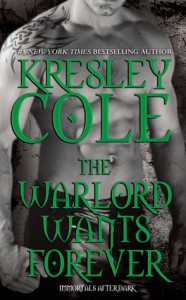 *Authored by Kresley Cole of series Immortals After Dark fame

Into the blood-splattered snow, the lone warrior fell to one knee and shuddered with weakness. Still, an arm shot out to raise a sword against the oncoming legion. Her dented breastplate swallowed her small form. Though the winds howled, whipping her hair, she heard the twang of the bowstring unleashed. She screamed in fury when the arrow punctured the center of her armor, the blow sending her flying back.

The arrowhead had pierced through metal, then barely through her breastbone, just enough that her heart met the point with each beat. The beating of her own brave heart was killing her. But her scream had woken two nearby gods sleeping together through a brutal, wintry decade.

They stirred and looked down upon the maiden, seeing in her eyes courage burning bright. Bravery and will had marked her entire life, but the light ebbed with death and they mourned it.

Freya, the female god, whispered that they should take her courage and preserve it for eternity because it was so precious.

The first in the Immortals After Dark series, we get the origins of the Valkyrie and an introduction to the lore. This was also a hot little number with Myst and Wroth rubbing all up on each other.

It's an introduction novella, so the shorter word count leaves some to be desired with flushed out world but I loved our leads. Myst was kickass and Wroth, for all his confusion, was commanding but tolerant beast.

The conflict comes from Myst's trust issues with men and Wroth not knowing how to navigate it and some hints as to the series future enemies may be.

I enjoyed the hotness and excitement of it all.