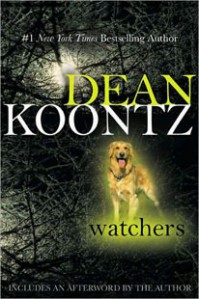 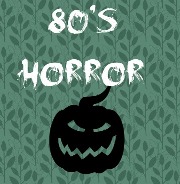 When the telephone rang, it startled her. She put down her pencil and reached for the receiver. "Hello?"

"They never heard of him."

I know this story has monsters, psycho killer, semi-curses, awful bitter aunt, and government agents, but this was the moment that sent a chill down my spine.

Nora's aunt that kept her just about child protective services needed isolated dies and leaves Nora alone and fearful of the world. When a tv repairman comes and seems to be hitting on her, she can't believe it and thinks she misinterpreted things. Of course she was right because no matter our upbringing, us women seem to have an innate sense of dude's up to no good. TV repairman turns out be a sexual harasser and stalker to the nth degree. Hence, the phone call where he lets her know he checked up on her she has a husband and is a police officer lie. This stalker plot introduces us to Nora and is a way to connect her with Travis and Einstein and then fades into the distance pretty quickly.

In the distance, very far away no, something shrieked, something that was not of God's creation.

Travis is out hiking contemplating his life as a cursed man. His mother, father, and brother are all dead, dying from circumstances that seem to be his fault, his delta force platoon all perished while he was only shot in the leg, and his wife only last a year before she died of cancer. He thinks he's cursed and has stayed away from making connections with people for the last couple years. When a dog comes out of the woods and warns him away from some noise that has Travis' neck hair rising, he finds himself the owner of a dog. The Travis curse thread fades out a bit too but he occasionally worries about it later with Nora.

Einstein our lovable Golden Retriever is on the run from government agents who are trying to bring him back to the lab he escaped from. Well him and The Outsider, an animal mixed DNA mashed up monster created to be a kill machine. The Outsider hates Einstein because he was the beloved smart dog in the lab and people couldn't bear to look at The Outsider because he was so ugly, so he is driven to kill Einstein.

If that wasn't enough for you there is a contract killer who is being paid by the Russians to kill the scientists responsible for Einstein and The Outsider. Because they're jealous? Angry? The Russian connection was a bit muddled. Anyway the contract killer thinks every time he kills someone he absorbs their essence, but he also values the dollar because he puts two and two together and figures out the scientists he has killed created Einstein and he wants to capture the dog and ransom him back to the G-men or Russians.

The contract killer plot could have been left out as we get pov's from him early on but then he basically disappears until the very end and then gets a very rushed ending. I thought the beginning was interesting but then the middle sagged a bit as the focus on Nora and Travis falling in love was focused on more and them trying to figure out a way to communicate more concisely with Einstein. I wanted more of the suspense and horror feel we go from The Outsider but I was reading this for Halloween Bingo and was probably looking for something slightly different from the book.

I enjoyed the themes of morals in science, relationships, society, and oneself and I delighted in Einstein, the only thing that could have made him better was if he was a Rottweiler :)  I wish the ending hadn't felt so rushed with all the villains being dealt with at once, it really made the pacing feel even more off kilter. A few technology and culture references show the story's age but otherwise, this hold up nicely.