Make it through the first half 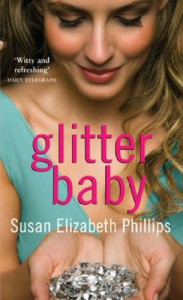 If you can make it through the first half of this, especially the first 15%, you'll enjoy the heroine's story in the second. The first 15% is all about the mother and how the heroine is conceived, it does play an important part in showcasing her mother's personality and the circumstances and players that shape the heroine's existence, but before you see the payoff in the second half, there is definitely a feeling of "what is the point?".

The second half is the redemption and finding her strength for the heroine. A blank canvas of a mother who wants to get her self-worth only from Hollywood stars and an old lecherous father (he is her step-father but not known to heroine until start of second half), emotionally damages Fleur (heroine) enough, that she runs away from her modeling and acting life to live obscurely and in hiding from her step-father, for a couple years. When she matures enough to gain her strength again, she starts to build a life for herself. The last quarter is Fleur building up her business and friendships and I really enjoyed her character and personality; she can be self-depreciating but also witty, strong, sassy, and fearless.

Her wit and sass really shine through in the relationship between her and the hero Jake, her co-star in her first movie. Jake has quite the background story with his PTSD from the Vietnam War but it is just about buried, until the end, in favor of the dramatics involving Fleur's mother and step-father. I loved when Fleur and Jake got to be the center of attention together, they were fun to read but I would guess their romance is only around 30% of this story. Jake was a hero I would have loved to have seen delved into more and given more page time.

This was kind of a mish mash of women's fiction and romance and until you read the last half, you can't really appreciate all the lecherous old men wanting adolescent women to make them feel young again, that you had to suffer through to fully understand what shaped Fleur's circumstances and give it emotional heft. Fleur and Jake were a pleasure but I'm not sure I was given enough of them to make up for having to read about Fleur's step-father's (he's around 70ish to her 19) dream of creating a perfect child with her because she was the child of Errol Flynn, his lecherous old friend in arms.