*Clicking on title of book brings you to my review

Eleanor – A Good Rogue is Hard to Find by Kelly Bowen

Eleanor's backstory of being oppressed by her husband and how she has cultivated the reputation of being a head in the clouds eccentric, only to rival any military general with her network of spies and soldiers helping her to bring aristocrats to her quiet form of justice, make her a fascinating character. There is a story of quiet enduring, surviving, and thriving behind her that was pushed a little more to the side than I wanted but probably warranted; I hope she gets a novella and a happy ever after. She was a strong woman character who managed to find a way to preserve in a very limited time period.

Harry – The Duke and the Lady in Red by Lorraine Heath

If Avendale and Rose are the heart of the book then Rose’s brother Harry was surely the soul. He totally captured my heart and his story was so poignant and heart-rending that I was reduced to floods of tears. Every time I thought of the book he was writing, it brought a huge lump to my throat. It was wonderful to see the genuine friendship that developed between Harry and Avendale and the scenes they shared were some of my favorites.

Vasily – An Obsession with Vengeance by Nancy Haviland

The Pakhan or leader of the Russian mafia group this book series follows, Vasily, had previously stayed more towards the background. He is the father of the heroine in the first of the series (A Love of Vengeance) but left her and her mother for their own protection. He's previously seemed cold and walled off but a scene in the kitchen between him and his daughter talking about her mother (was killed in a car bomb related to him) show us a quiet waters run deep,

"Did you love her, Dad?" she asked suddenly. "I mean, did you love her the way I love Gabriel?"
******
"I'm still single, aren't I?" was all he said before steering the conversation onto something that didn't make him bleed inside.

There's a wealth of heartache in that sentence and makes him a darkly intriguing character.

Covington Sisters - Scotsman of My Dreams by Karen Ranney

Neighbors to Minerva, the heroine of the story, they "watch" over her. To Minerva and at first to the reader, they appear to be busybodies but as the story goes on, you see they are proud of the heroine. They are fiercely protective and covet a little bit of the adventure Minerva gets to have. Delightfully funny and spunky characters.

Lady Reese – How to Marry a Royal Highlander by Vanessa Kelly

Eden’s mother stole the thunder for me a lot as she was the one to get things done, laying the law down to get Alec and Eden (hero and heroine) together, and her repertoire with her “humorless” maid was priceless. Had moxie with quite a bit of attitude and when her daughter was threatened….WHEW watch out boys and girls because she was like a big mama bear.

Dax – Behind the Mask by Carolyn Crane

Dax was the Machiavellian leader who saw twenty steps ahead of anyone else and would sacrifice anyone, ANYONE for what he considered the greater good. However, when Zelda's (heroine from the book) twin sister Liza finds herself traded in a card game to a South American drug lord and Zelda states she is going to go in Liza's place, Dax had a moment of weakness and didn't want to let her go. This chip in his normally cold facade created the opening needed to make intriguing for a book of his own. There's got to be one hell of a past hidden in his background and I want to read it.

The big brother we all wish we had, Addie's (heroine) brother Ted, is an artist with a sensual side and his limp broadcasts his fiercely protective side (he confronted Addie's husband about her bruises).  His attitude towards his sister with their relationship, coupled with a feisty little relationship he has with an American heiress, has me demanding a book of his own.

Oh Armie, I think we all know how I feel about him at this point. He has been popping in and out of all the books and while he is a good person, he seems to have some jagged edges to him. In Tough Love we got to see him break a bit in regards to owning up to wanting Merissa, Cannon's sister. He's rough, sexual, and protecting, I'm dying to read his story. 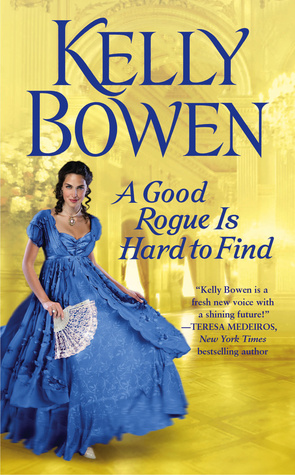 I was so deeply fascinated with Eleanor and her trials, tribulations, and how she circumvented them all to survive and thrive.

Agree, Disagree? Who was your favorite secondary character from 2015?